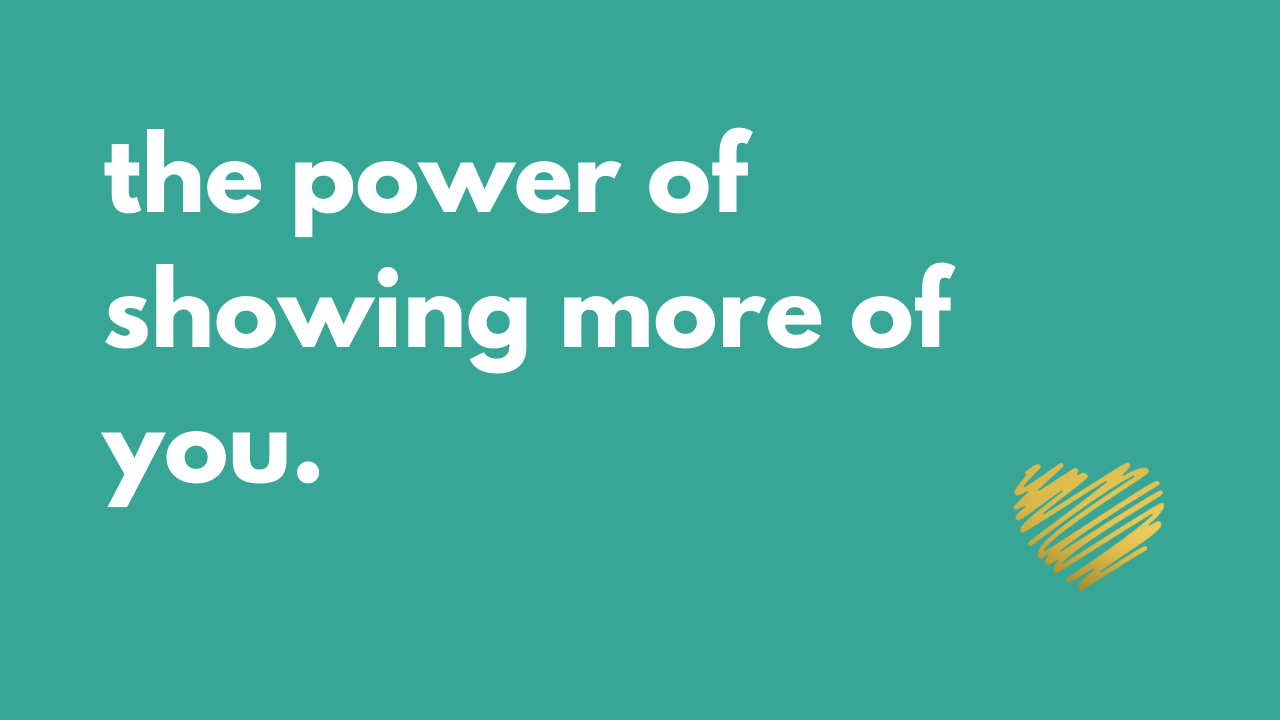 The power of showing more of YOU!

I don’t know about you, but when I first qualified it was made clear that there was a cavernous gap between you as the practitioner and your patient/client.

It smacked of those images of the stuffy GP just nodding his/her head as you poured your heart out to him/her about all the things that were going on in your world and in your health, but they said nothing they just kept nodding!

Am I the only one when I was little that had these kinds of doctors? Every single one of them had this nod! I would finish talking and then they would just say something like ‘right, lets get you a prescription’ or ‘right let’s refer you to….’

It was straight to the point, but it had an element of cold about it and as a female with a male GP I would often wonder if they could truly get what I was talking about, especially when it came to those ‘women’s things’!

When I started working as a practitioner, I really struggled with getting my ‘nod’ right and getting my ‘uh huh’s in the right place.  People were telling me deeply personal stuff or imparting deeply personal experiences, many of which I could related.  I wanted to tell them so badly that I understood, but that little voice would say to me ‘Nikki, you know you can’t share your own personal information, that’s not right’ and so I would keep nodding away.

I would do a good job but on a personal level it just didn’t sit right with me!

As they years went by, I made a decision that I didn’t want to be like that! That I wanted to show more compassion, more empathy and be more human.  I knew I could do that and STILL stay withing professional boundaries and so I started sharing more of me!

It started with my website. My first chiro website was the dullest piece of work ever! I was so chuffed that I had built it myself but oh my goodness, it just made ME want to snore, let alone a potential customer!

You know the ones! The ones that say who you are, what job you do, how much you charge and how to contact you! The ones where the ‘about me’ page is like something from the dullest CV in the world and just lists all your dull as shit qualifications which actually mean nothing to your customers at all! They just want to know whether you can help them or not!

I hated that website. I got the odd bit of work through it, but not much. Not surprising really considering it was so bloody boring!

So, a while later I changed platforms to one that was a bit more novice/user friendly and built the next site! I wanted to experiment and so it had my name on it Nikki Collinson-Chiropractor ‘lover of red wine and marmite’.  I changed up the about me to talk about my life, my challenges, things that were funny and things that were sad, but ultimately things that made me human. I was really nervous when it went live but I wanted to see what a difference it made!

The increase in people contacting me for chiropractic treatment went through the roof! NOTHING else had changed except the layout and more importantly the content! New patients would come in and tell me they chose me on their google searches because they liked my website. They would reel off something they had read on my about page and wanted to know more!

NOTHING to do with my ability as a chiropractor!  They just visited my site, learnt about me and it resonated with them so much that they wanted to see me because of ME!

As the years have gone on, I have shared so much more with my patients IF I think it is relevant to that person’s health and wellbeing.

Just last week I had a new patient in who was really conscious of her weight and kept apologising about it.  An hour earlier my scrub trousers had just torn because as I squatted down by the couch my chunky thighs had finally stretched those scrubs to the limit and RIP, they went! Yes, whilst in the room with a patient!

I am not going to lie, ‘ripgate’ was a tad mortifying, and I had no plans or desires to share that with ANYONE!! But this lady was talking to me as though she assumed, I had my weight shit together! So, I said, ‘do you want to hear something funny’ and told her what had happened. We laughed together at how mortifying that was and it totally put her at ease.

Then again last week one of my regular patients broke down on me because she had just found out her husband was having an affair. She was it bits and she was overwhelmed about the pain she was in and that she couldn’t image a time when the pain wouldn’t be so bad. My heart ached for her as I looked at her on my treatment couch hurting so badly.

So, I told her that the pain would pass.

I told her the pain would pass because I too had been through the intense pain of being on the receiving end of cheating and that I knew exactly how she was feeling. I gave her some advice on what had helped me and how eventually I had moved forward.

I could see the weight drop from her shoulders as she knew she was safe in a room with someone she trusted and with someone who in that moment understood it ALL!

Did either of those scenarios compromise my ability to be a bloody good chiropractor, no. Did they show I was more than just a medical practitioner, that I was a human too, capable of compassion and empathy. Hell Yes!

I would ask that you experiment with sharing more about you, your stories, your experiences, and your vulnerabilities so that you too can see how powerful that can be both to your clients, their wellbeing, their outcomes and to your business!

When you look at the way you portray yourself to your clients or in your business, do you REALLY show the real you or are you continuing to only show the ‘professional’ you?

If this resonated with you, I have some FREE resources that might be of use to you!

Take me to the free stuff Nikki! 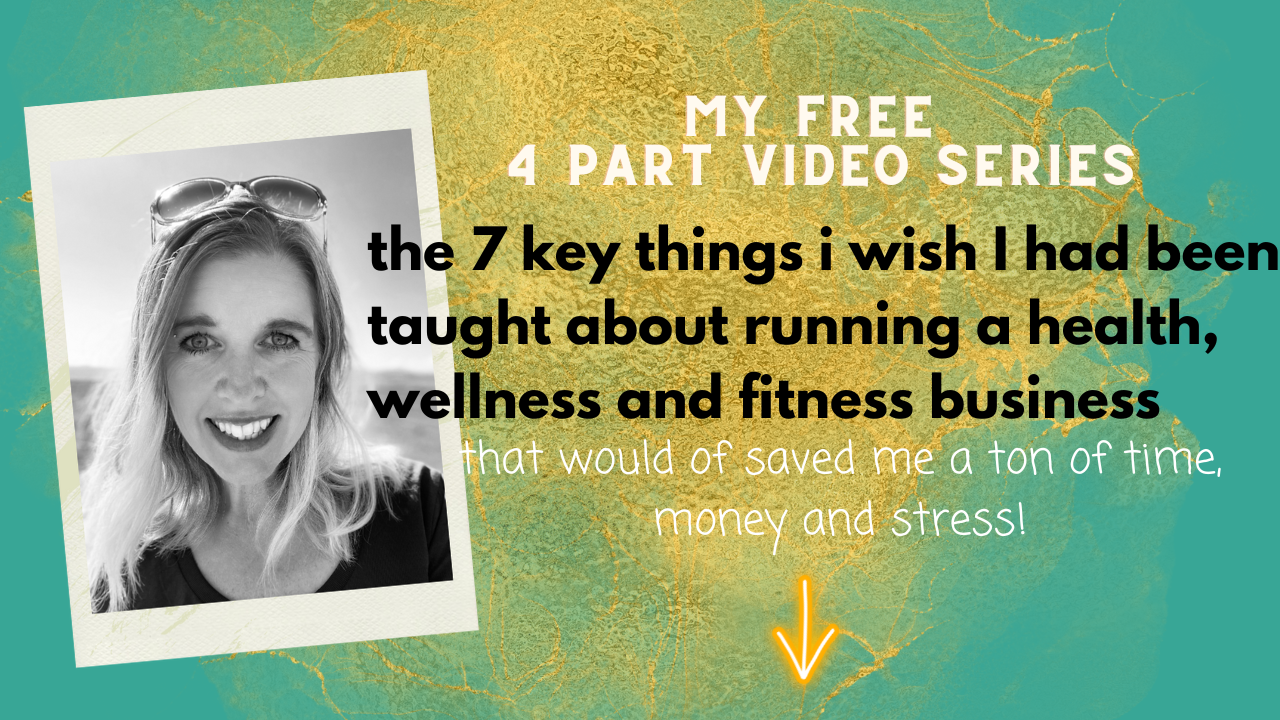 My FREE 4 Part Video Series is out NOW!

Take control of your finances with this free 4-step guide.